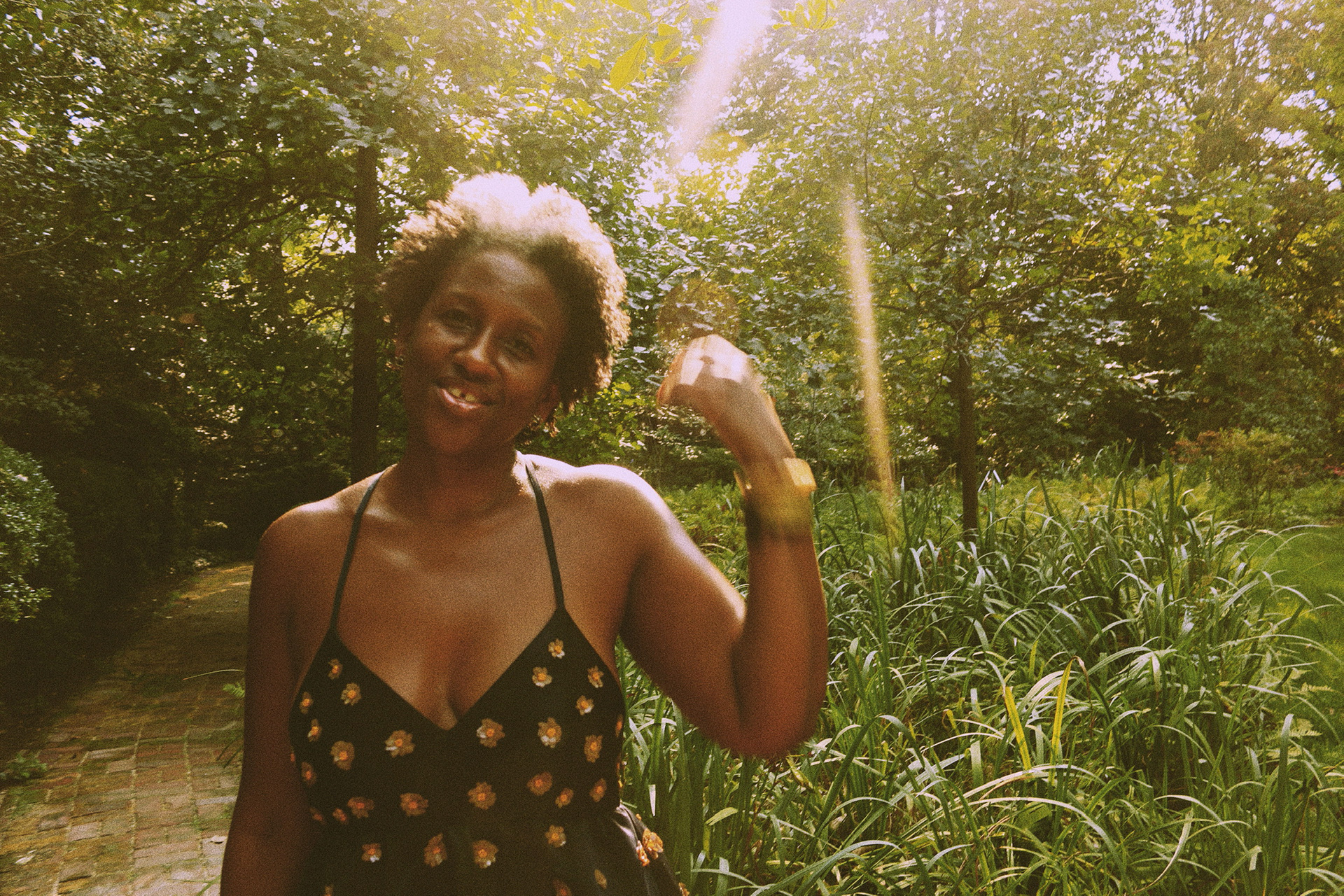 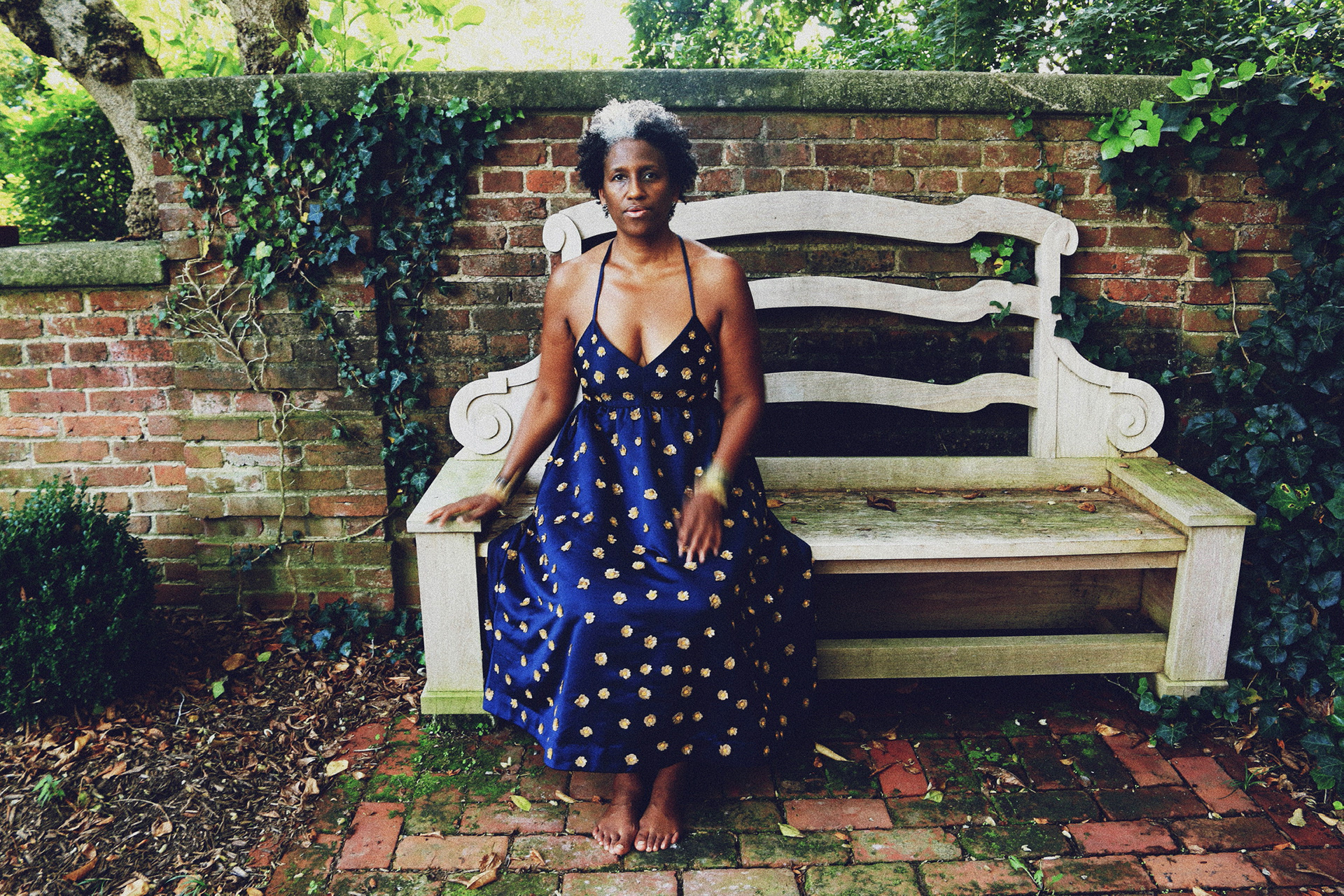 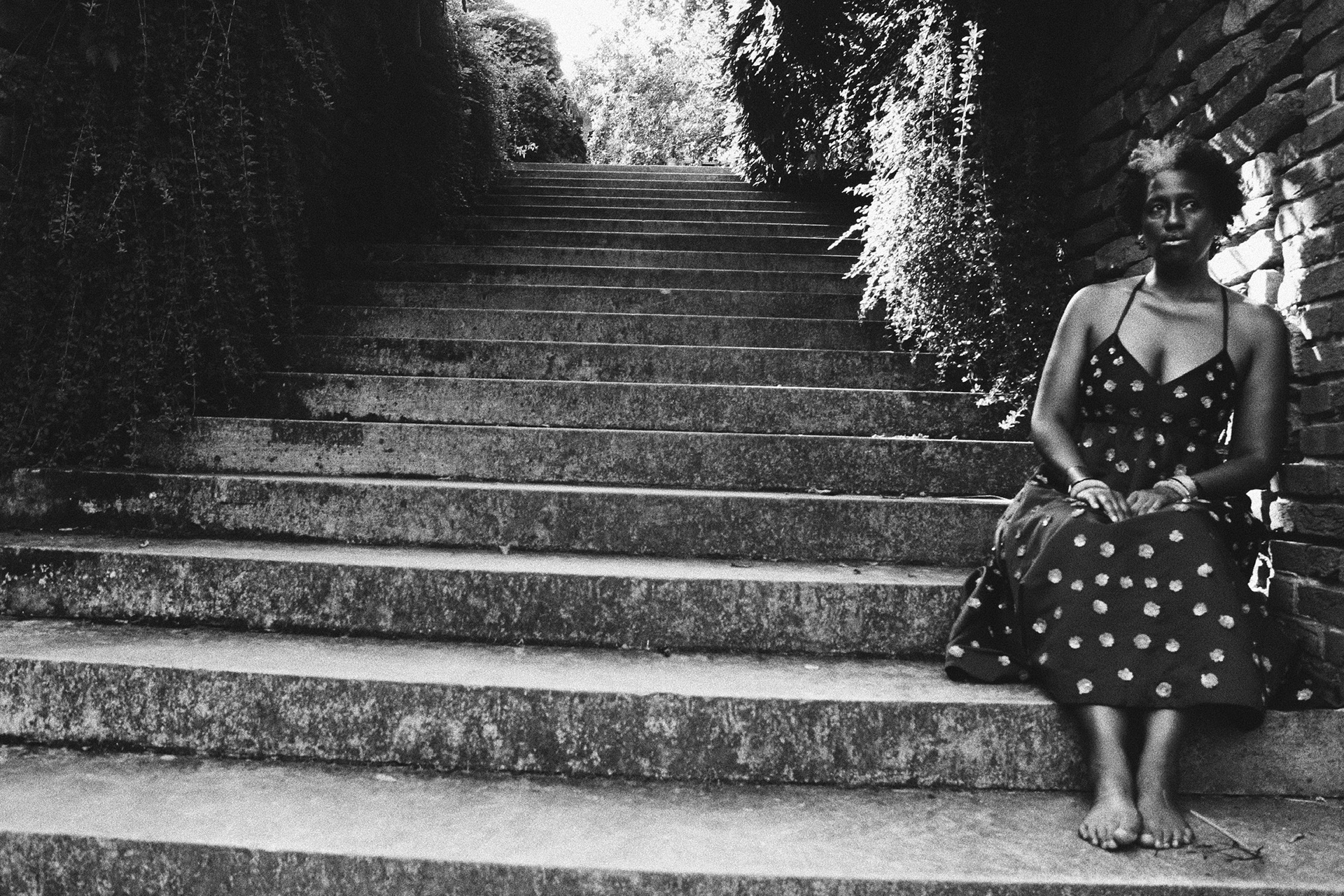 Pamela Woolford founds a new artform with the creation of her multimedia project Antoine and Me, which she presents as a series of photographs, for which she models as a character who is in love with the photographer who takes the photographs. For the first seven photographs in the series, she has written and performs, in the voice of the character, descriptions of each photograph in audio tracks that are sound designed. This is what is now termed “sound-designed photo narrations,” or SDP narrations.
Pamela Woolford sets her Antoine and Me narrations in an ambiguous time period with elements of the past and, perhaps, an alternate present or an imagined future, creating a new form of Afrofuturism. She is inspired by photo albums and scrap books created by her paternal grandmother, Gertrude Woolford, which, long after Gertrude Woolford has passed on, serve as a documentation and glimpse into her life as a spirited, young Black woman in Baltimore a hundred years ago.
Pamela Woolford includes in her Antoine and Me project two handmade photo albums containing photographs from the series, as artwork representing the quotidian beauty of photo albums, including those of our ancestors.
The Antoine and Me project with related archival materials, including Woolford family memorabilia, will be featured at the Baltimore, Addressed exhibit at the Baltimore Museum of Art from November 13, 2022-March 12, 2023
CREDITS
Pamela Woolford is the writer, director, voice actor, and model for Antoine and Me. Her voice recordings are complemented by sound design by Gregory Robinson​​​​​​​. The photographs of Woolford are by Antonio Moses, whose work has been published on the Italian Vogue website PhotoVogue. The block printing and letterpress on the books is done by Sarah Matthews.​​​​​​​ Antoine and Me is made possible in part with support from Maryland State Arts Council.
GET INVITES TO PAMELA WOOLFORD OPENINGS & EVENTS
Inspiration
​​​​​​​ BY COINCIDENCE, OR PERHAPS FATED, PAMELA WOOLFORD modeled for HER ANTOINE AND ME PHOTOS EXACTLY A HUNDRED YEARS after photos from her grandmother gertrude woolford were taken in baltimore, maryland . 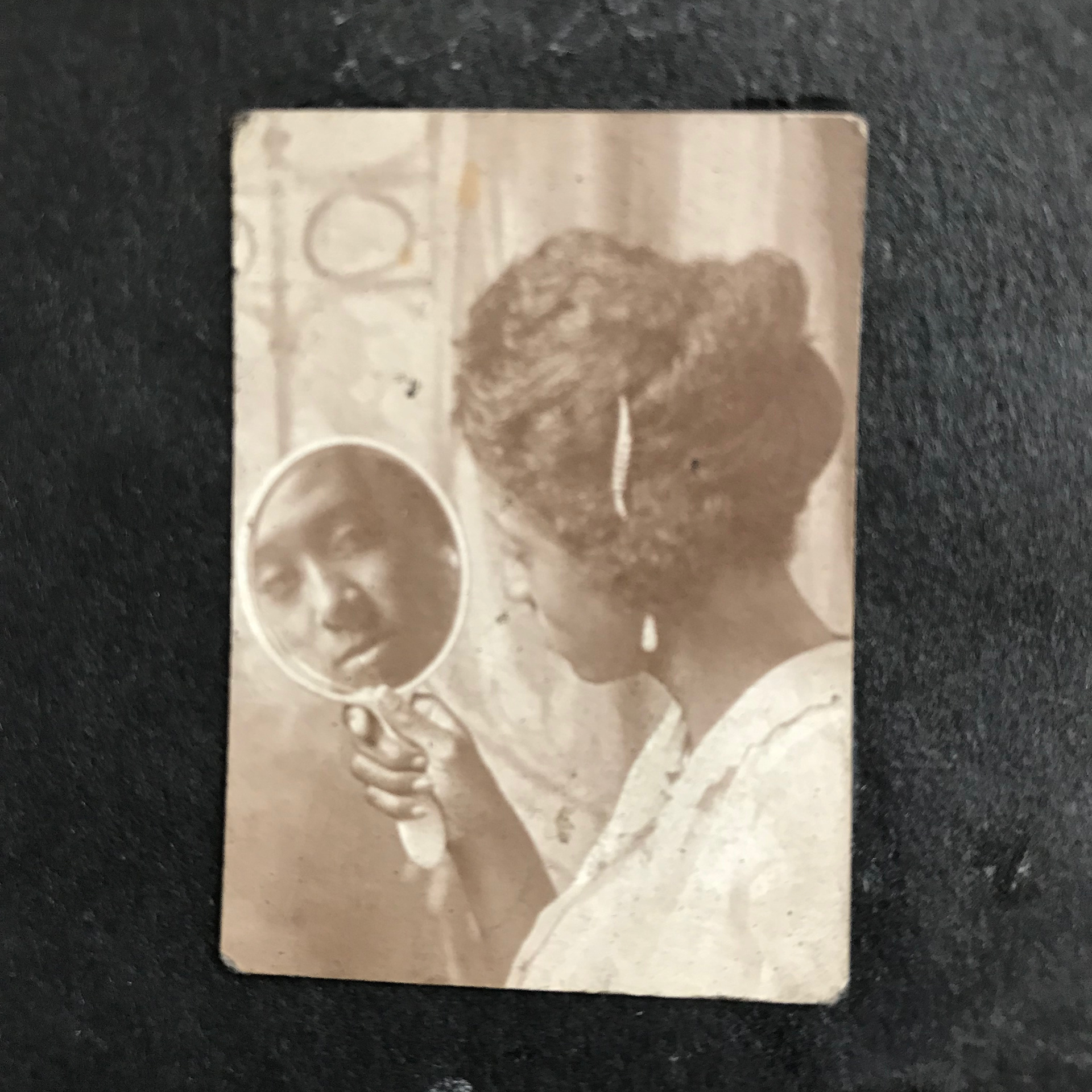 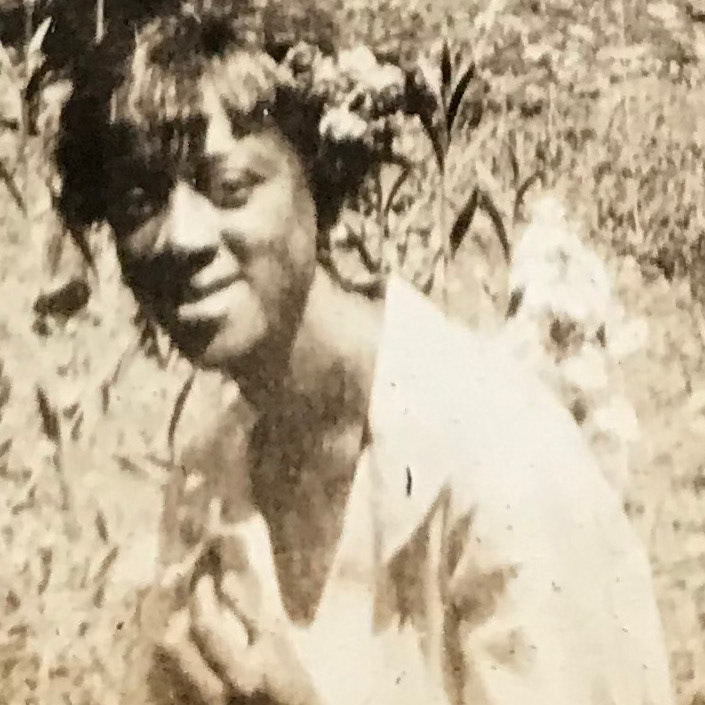 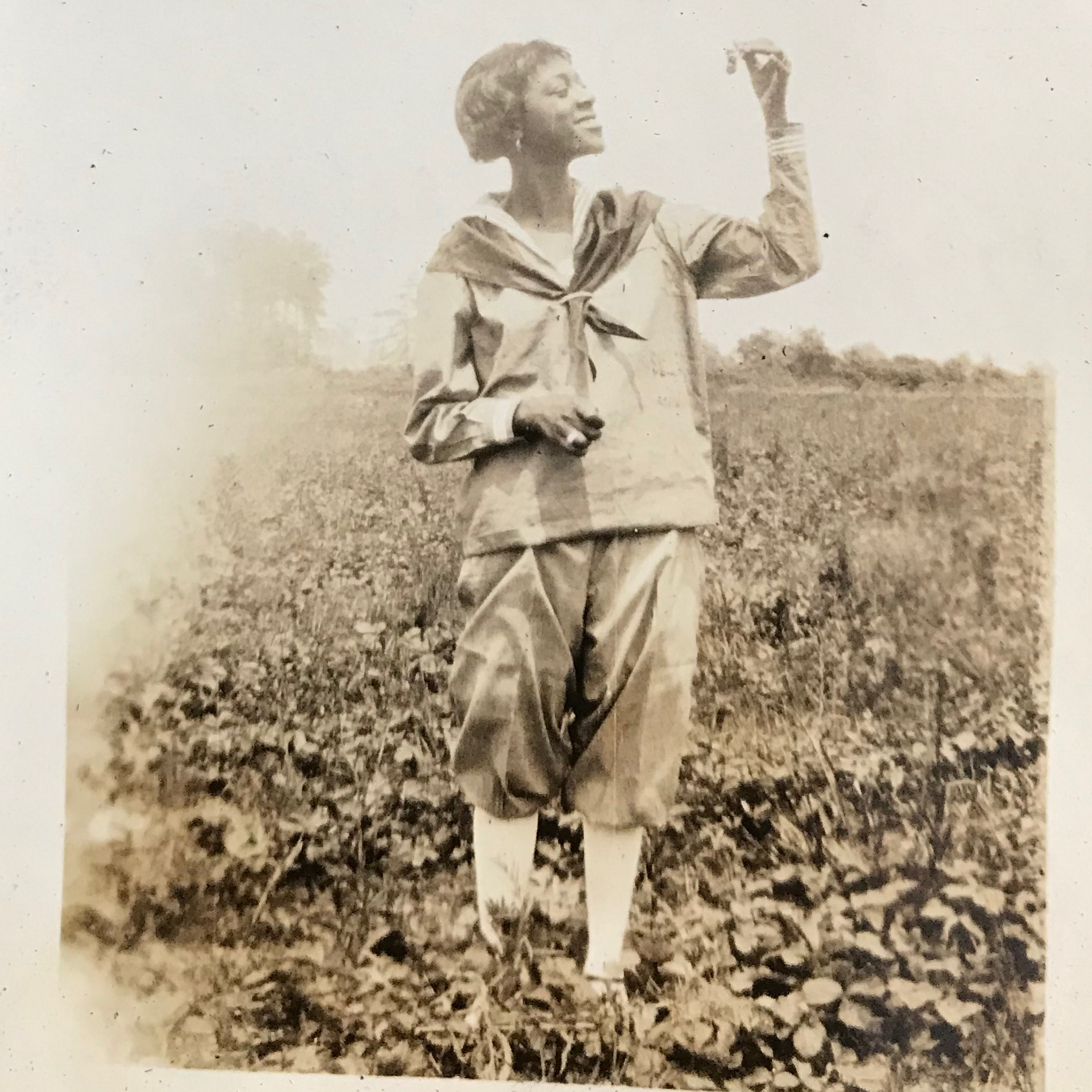 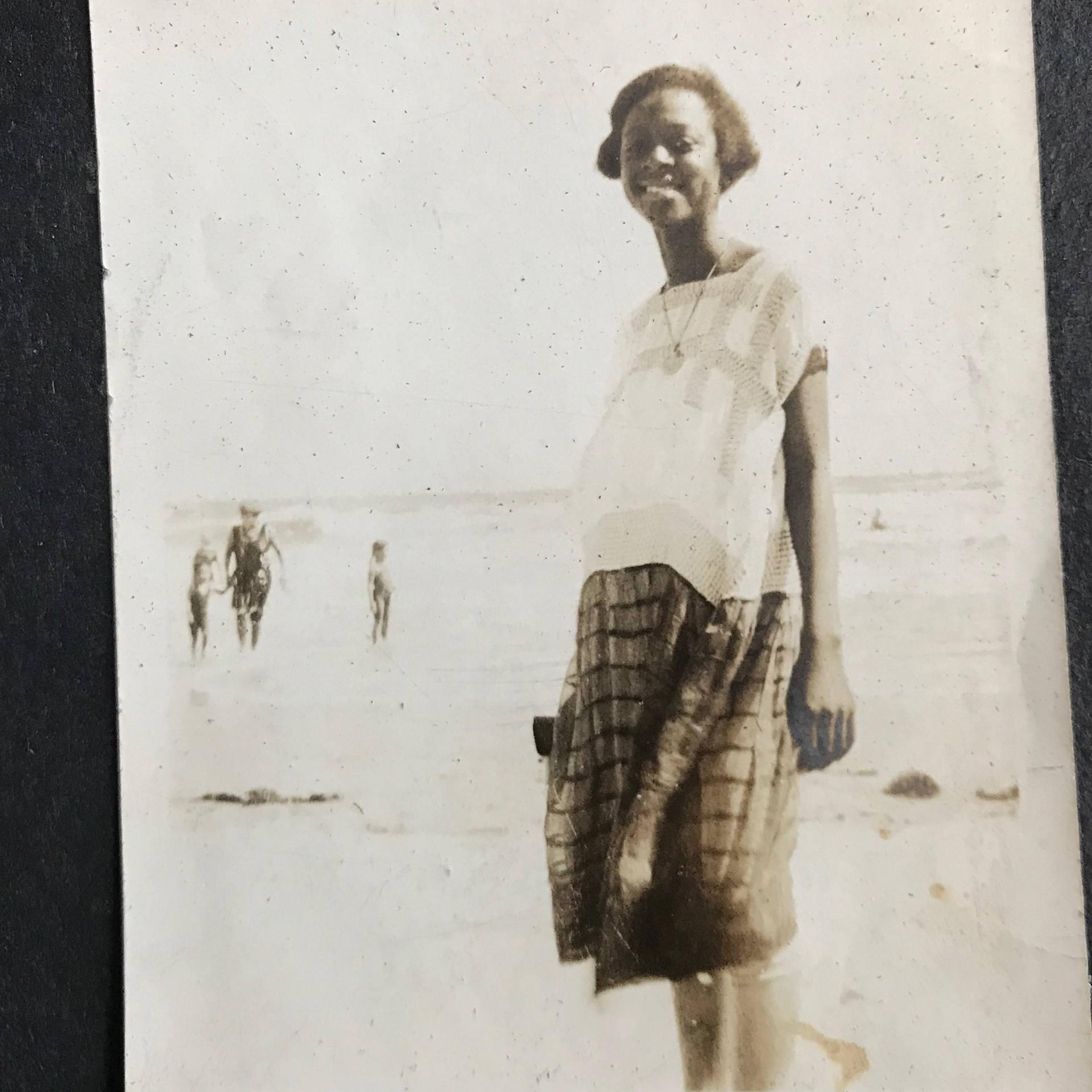 -interrupted: prologue to a mem-noir